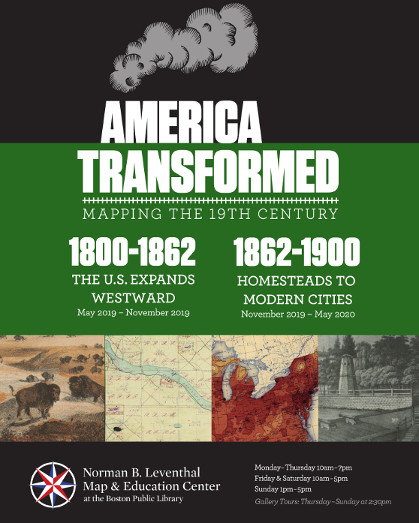 The United States Expands Westward, the first part of the exhibition, on display until November 2019, begins at the end of the 18th century, when Euro-American settlers were exploring, surveying and rapidly taking over lands west of the Appalachians that were inhabited by Native peoples, as well as the French and Spanish. The newcomers developed canals, roads, and railroads, in many places appropriating Native trails, and created an integrated transportation network. Exploiting land and mineral resources, they initiated a capitalist economy based on agriculture, mining, and industry. This part of the story concludes with three significant events in the early 1860s that had major impact on the transformation of the nation’s physical and cultural landscape: the Civil War, the passing of the Homestead Act, and the authorization of the first transcontinental railroad.

Homesteads to Modern Cities is the second part of this two-part exhibition and resumes the story of America Transformed in the early 1860s. Three events—the enactment of the Homestead Act, the authorization of the first transcontinental railroad, and the end of the Civil War—set in motion a frenzy of changes in American life. The northern and southern economies were rebuilt, settlement and resource exploitation expanded in the West, and urbanization and industrialization intensified in the Northeast and Midwest. Completion of the first transcontinental railroad finally linked the nation from coast to coast. Settlers continued to build a capitalist economy, no longer fueled by the labor of enslaved people but with increased reliance upon immigrant labor. And by the end of the nineteenth century, battles, treaties, and the establishment of reservations had dramatically hemmed in the land and life of Native nations. This exhibition concludes with the establishment of the modern American city, using Chicago as a case study.

Visit the exhibition in the Map Center GallerySee the online exhibition

A full-color, 212-page catalog of the two-part America Transformed exhibition is available for purchase in both hardcover and softcover editions. This richly illustrated book features reprints, details, and captions of the maps shown in the exhibition, along with seven essays exploring the various dimensions of America’s momentous nineteenth century.

Order a catalog using the PayPal button below. Prices do not include shipping and Massachusetts sales tax. 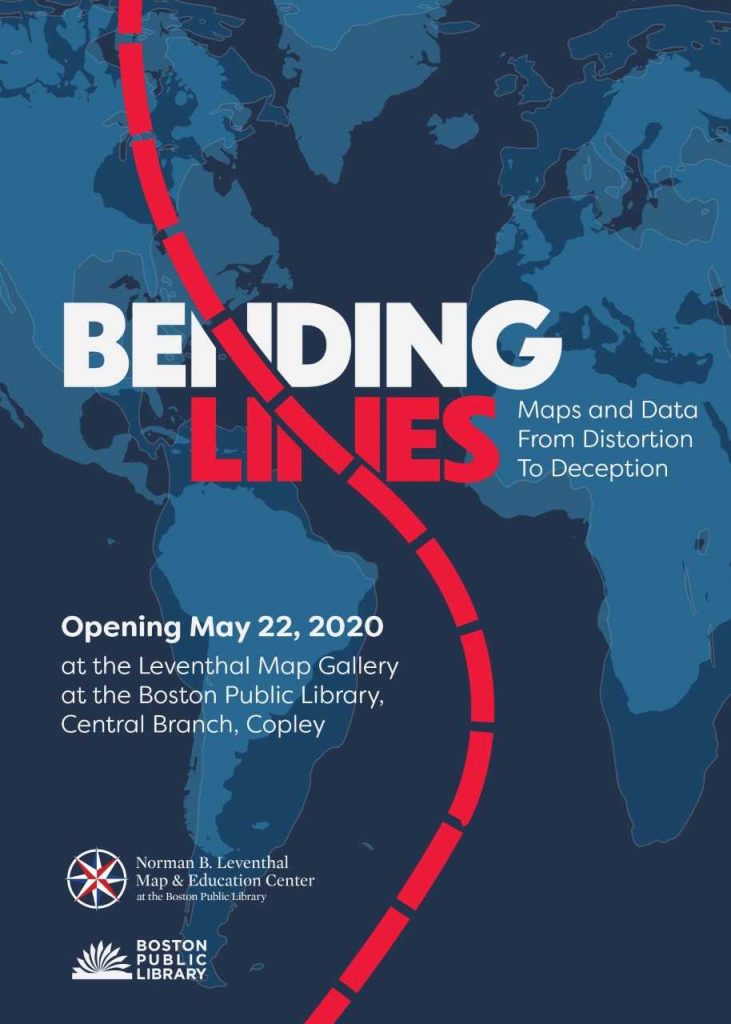 Bending Lines: Maps and Data from Distortion to Deception

From 17th century attempts to woo European settlers to the “New World” with maps that exaggerated natural resources, to a recent “Sharpie-enhanced” weather map designed to shape the politics of disaster planning, maps and visual data have always been used as tools for manipulating reality. In the wide-ranging, year-long, free exhibition, “BENDING LINES: Maps and Data from Distortion to Deception,” The Norman B. Leventhal Map & Education Center at the Boston Public Library takes a critical look at how to understand the world as it appears in geographic representations. The show features both historical and contemporary documents, as well as interactives designed to engage visitors with the power of persuasive mapmaking.