What’s up? This map for “elevation” in the #30DayMapChallenge! 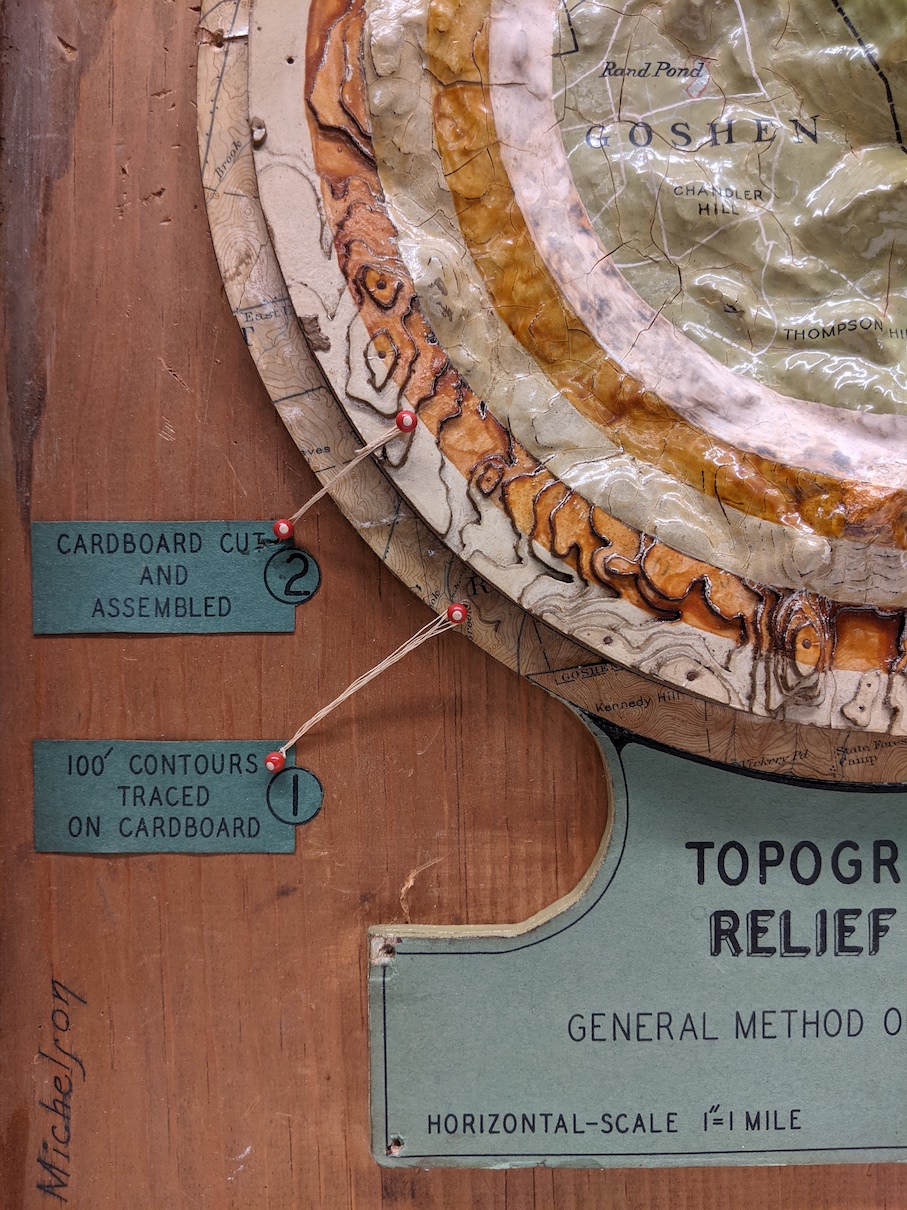 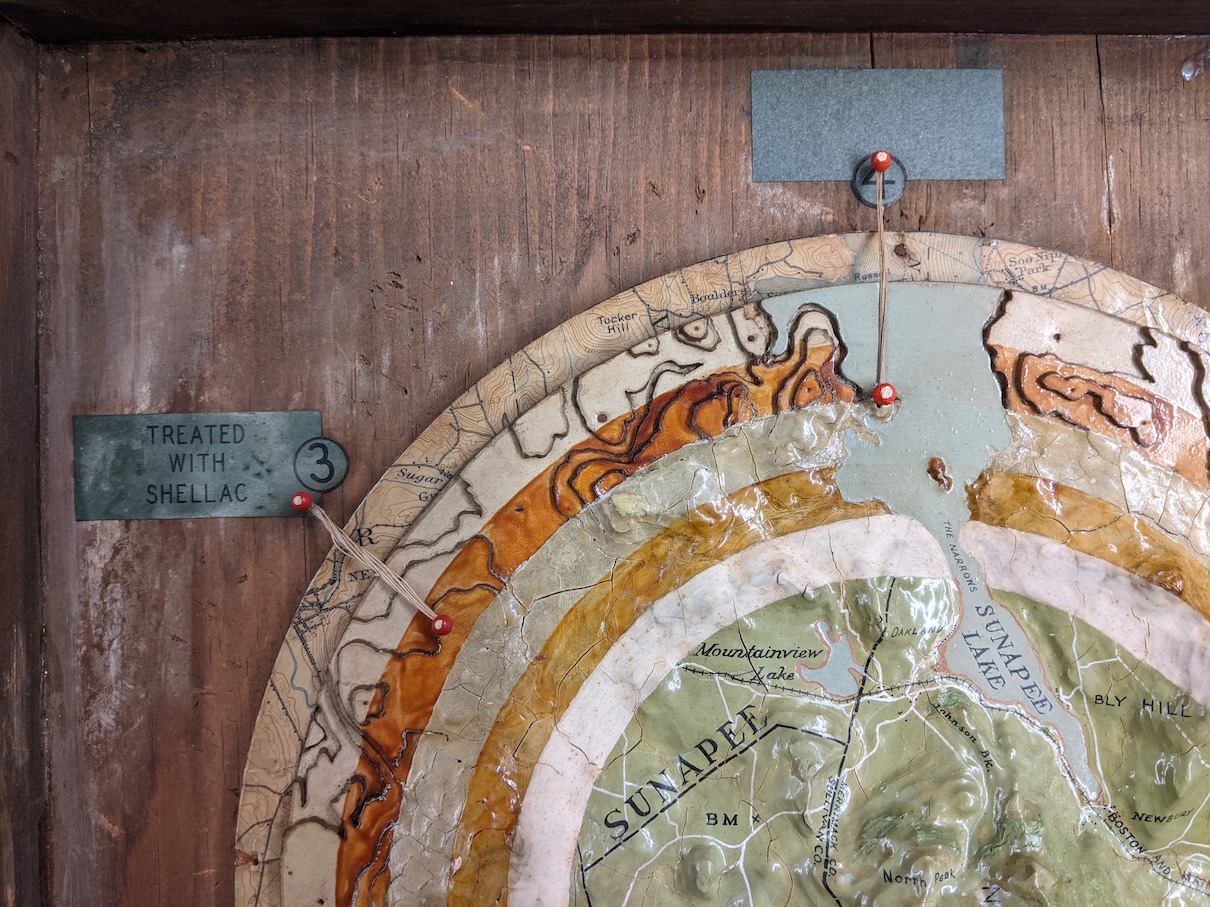 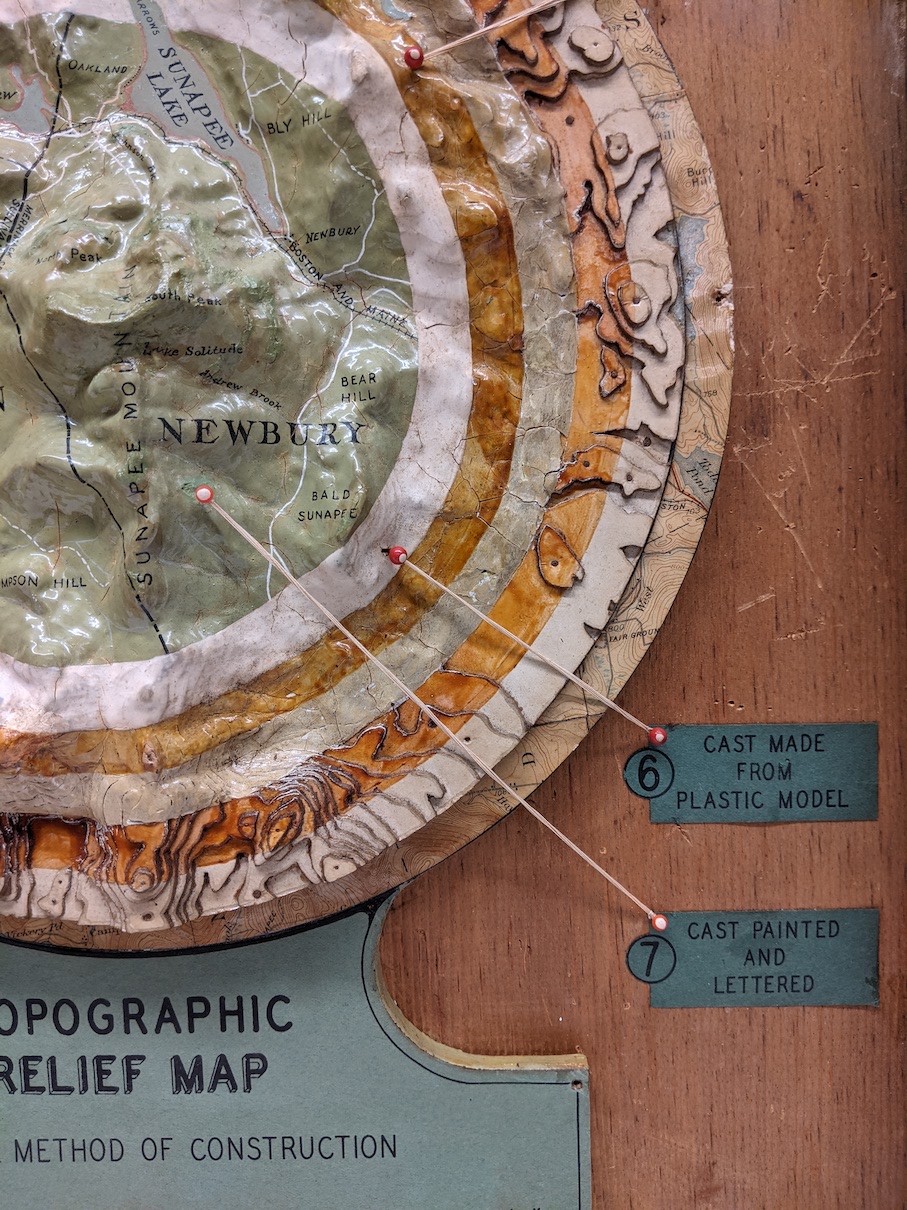 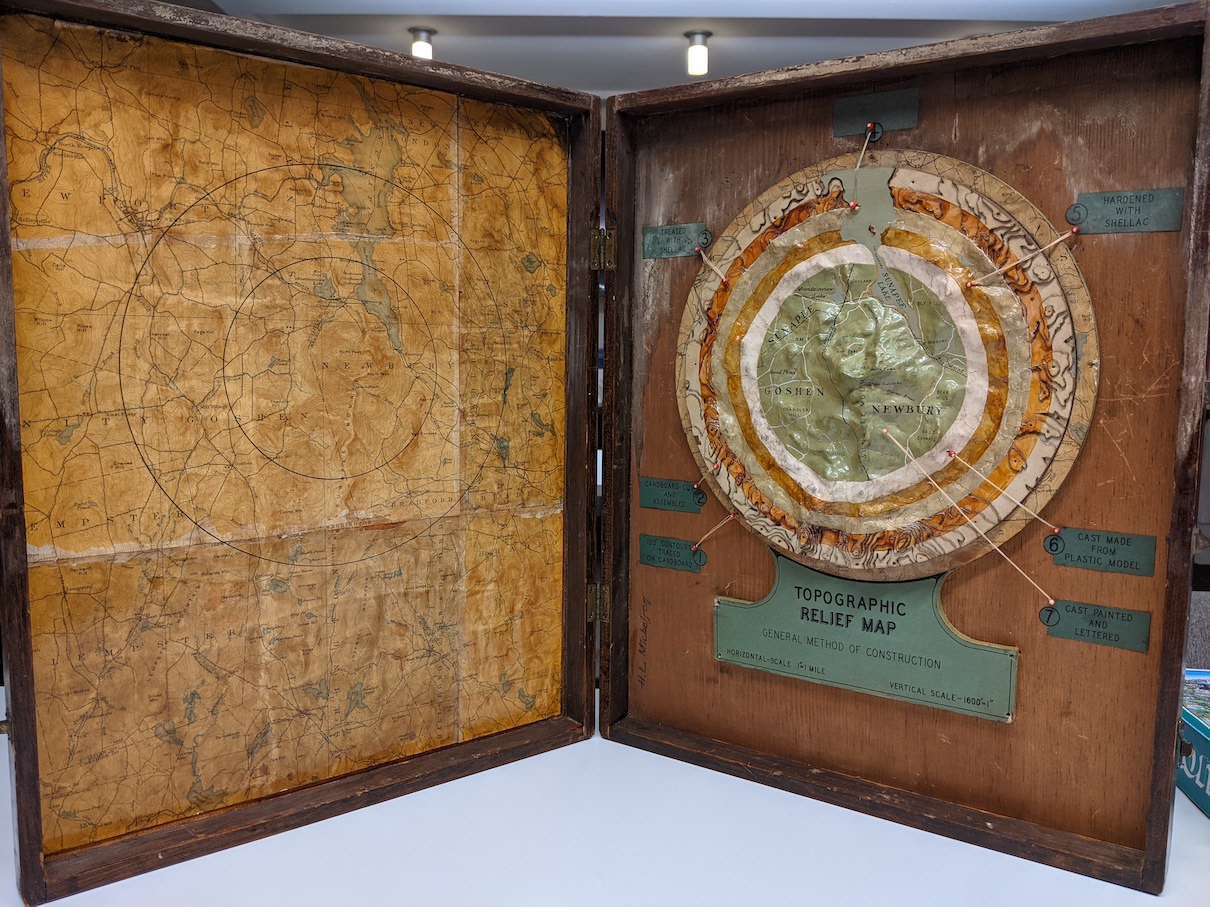 This model shows the process for making 3D raised relief maps in the early 20th century. Using a topographic map with contour lines, a model was built up in layers of cardboard, filled with plaster to smooth out the edges, and covered with shellac. Usually a mold was made from the model, and was then used to create plaster or plastic casts.⁠
⁠
This model is based on USGS topographic quadrangles of the Sunapee Mountain area in New Hampshire. Concentric circles show each stage of of the process, with pins and labels identifying each step.⁠
⁠
This technique for making raised relief maps was followed by vacuum-forming plastic over a mold, which was cheaper and faster. Vacuum-forming is still used today, with 3D printing becoming another common method.⁠

An Interview with Patricio Pino

Where The Water Was