Highlights from Jamaica Plain By Map

For the last several months, we’ve been cohosting neighborhood community history nights with BPL branch libraries. Last night, we had a lot of fun exploring Jamaica Plain. JP was actually our first visit on our branch libraries tour last year, before the COVID closures moved all of these events online. Coming “back” to JP with a remote talk gave us a chance to show off our Atlascope tool once again, interact with patrons, and take a dive into some local history. If you missed the event, check out the video or read on to see some of the sites we visited.

We started a little further north than JP, at the mouth of the Muddy River. While it’s called a river, it was actually a series of brooks and ponds running into the Charles estuary. You can see in the view below what it looked like in 1873 before Back Bay was filled.

Between 1880 and 1900, the Emerald Necklace was created. In the process, the Muddy River was banked and controlled, as part of the effort to “reclaim” (or perhaps more appropriately, to claim) the marshy landscape.

In this view, we can see where Stony Brook used to feed into the Muddy River, and how the stream seems to disappear between 1873 and 1931. In the 1931 view, though, we can see that the property lines continued to follow the topography constructed by the stream. 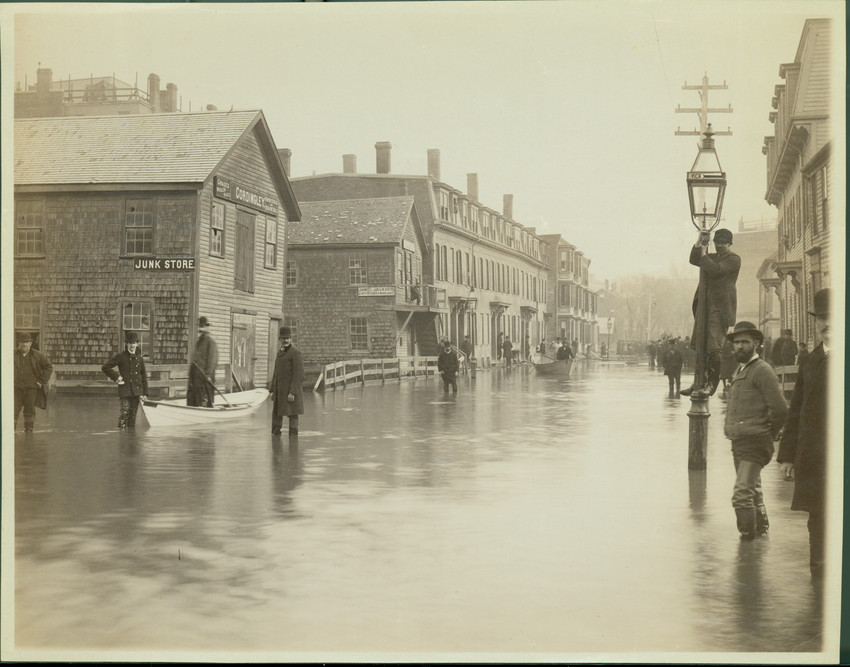 Living at the boundary of water and land had consequences. Here’s a photograph of the same neighborhood from Historic New England. This is reportedly the worst flooding that Roxbury ever experienced from Stony Brook, in February of 1886. There was as much as three feet of water in some places along Ruggles St.

Stony Brook was culverted over the century between the 1850s and 1950s, slowly but surely burying the whole course underground. This photograph from the BPL collections shows one of the conduits into which the river was diverted.

Jamaica Pond, on the other hand, is the same shape it has been for a long time! You can see here the difference between 1890 and 1914, which mostly consists of the removal of buildings from around the pond and the creation of parkland. 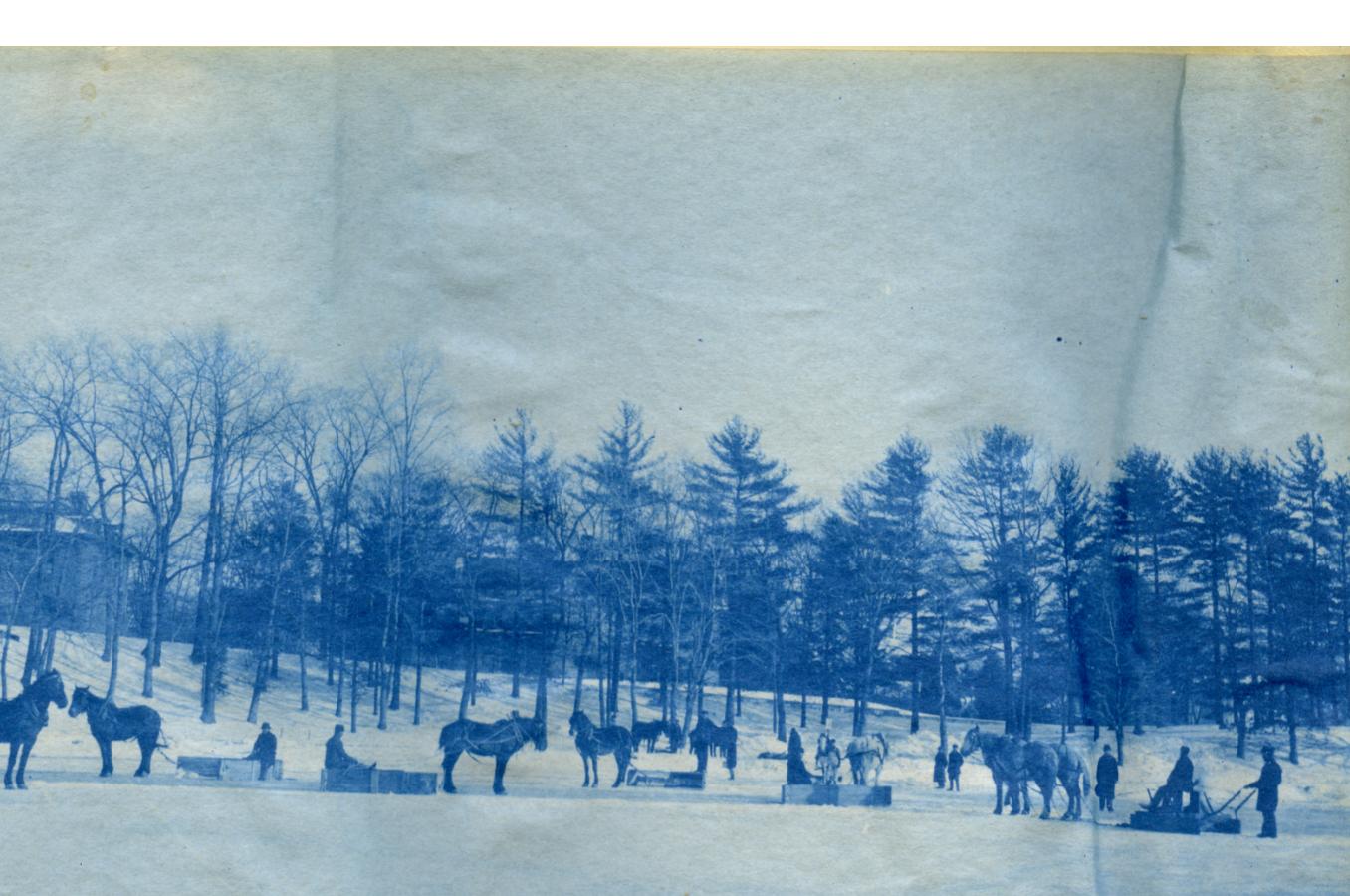 A couple of these buildings at the edge of the pond in the 1890 map are ice houses. This photo from the City of Boston Archives shows ice harvesters hacking away at the frozen surface at around the turn of the century.

One major theme in 19th to early 20th century urbanization is the breaking up of large properties as rural land gave way to denser residential developments. Here, you can swipe to see the change over 40 years as large landowners become less common and land was divided into smaller parcels for new construction. On the right side of the map you can also pan to see more of Franklin Park, which was established as West Roxbury Park in the 1880s from a handful of large farm properties.

Jamaica Plain has also been home to many forms of manufacturing over the years, including two factories shown in this view: Thomas G. Plant Company which produced boots and shoes, and the Moxie factory which produced the famous New England “tonic.”

Another major product of the neighborhood was beer. Brewing companies made use of the Stony Brook to power their factories. This Boylston Bock label is an example of a beer brewed in Jamaica Plain, and given a local name!

Also making use of this name was the Boylston Schulverein, a German club on Danforth Street. Breweries are a signal of a German immigrant presence in the neighborhood, but this particular building as well as the names on the properties around it is another.

Names on properties can be misleading, though, or simply not provide us with as much information as we’d like. Only the names of property owners are listed rather than the names of the actual inhabitants of the house. Therefore, we don’t get the full picture of the population of a neighborhood from these atlases alone.

Another example of information that requires a bit of detective work to find on these maps is shown in this 1915 view. L.G. Cuney at 43 Sheridan St. refers to Lloyd Garrison Cuney, brother of famous African-American musician and musicologist Maud Cuney-Hare. In all likelihood, Maud was the one who actually had the money to purchase this house, yet it is listed in her male relative’s name. In 1919, Cuney-Hare gave a concert and lecture with William Howard Richardson at the BPL; it was the first presentation by musicians of color in the series. Above is an example of Cuney-Hare’s correspondance with W.E.B. Du Bois, which lists her address on Sheridan St. Many letters between Cuney-Hare and Du Bois can be found in Digital Commonwealth.

Our own collections house plenty of maps of Boston beyond the urban atlases that are part of Atlascope. This bird’s eye view map of Jamaica Plain is a particularly lovely one with illustrations of buildings of the neighborhood bordering the view itself.

Coming in 2022: our exhibition on environmental justice