CANCELED Lowell Lecture Series: Daniel Immerwahr, “How to Hide an Empire: Telling the Story of the Greater United States”
Jan 03 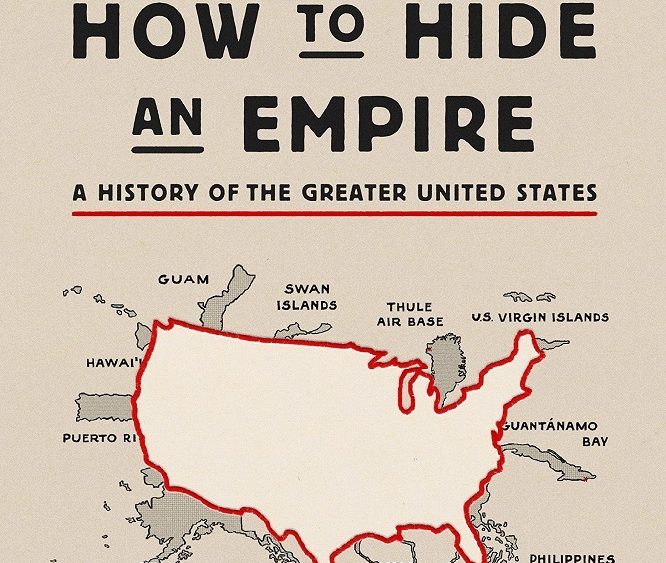 CANCELED Lowell Lecture Series: Daniel Immerwahr, “How to Hide an Empire: Telling the Story of the Greater United States”

This event has been canceled. We hope to reschedule in the summer or fall of 2020; please check back for more information.

Look at a map of the United States and you’ll see the familiar cluster of states in North America, plus Hawai’i and Alaska in boxes. But what about Puerto Rico? What about American Samoa? The country has held overseas territory—lands containing millions of U.S. nationals—for the bulk of its history. They don’t appear often in textbooks, but the outposts and colonies of the United States have been central to its history. This talk explores what U.S. history would look like if it weren’t just the history of the continental states but of all U.S. land: the Greater United States.

The Leventhal Map & Education Center’s America Transformed exhibition tells the story of how the United States expanded across the North American continent. But this story ends with the country spilling over the oceans and annexing territory from the Caribbean to the Pacific Rim. Immewahr’s lecture will help us think about how our familiar outline map of the United States omits an important episode in our history.

Daniel Immerwahr is an associate professor of history at Northwestern University. His first book, Thinking Small (Harvard 2015), a history of U.S. grassroots antipoverty strategies, won the Organization of American Historians’ Merle Curti Award for best work of U.S. intellectual history. His second, How to Hide an Empire, a retelling of U.S. history with the overseas parts of the country included in the story, is a national bestseller. Immerwahr is currently working on two research projects, one one the pop culture of U.S. global hegemony, the other a book about nineteenth-century urban catastrophes. Immerwahr’s writings have appeared in the New York Times, Washington Post, The Guardian, Slate, The Nation, and The New Republic.